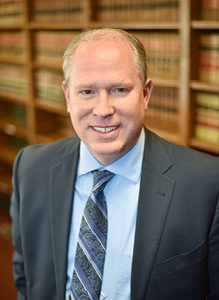 Having joined Dale Woodard Gent McFate Law Firm in 1993, Brian has been practicing family law for over 20 years throughout Northwestern Pennsylvania. He has developed a reputation as a tough and passionate litigator for mothers, fathers, husbands, wives and children while at the same time maintaining the compassion and understanding necessary to balance the needs of each client’s emotional and financial concerns that often arise in the midst of such cases.

Brian practices regularly before the courts in Crawford, Clarion, Forest, Jefferson, Mercer, Venango and Warren Counties in Pennsylvania. His family law experience spans all dimensions of the practice that include divorce, custody, support, protection from abuse, adoption and related cases. He is a member of the American Bar Association, Pennsylvania Bar Association, and Venango County Bar Association, for which he was the President in 2012.

In addition to becoming an experienced and successful family lawyer, Brian also works as a municipal solicitor for the City of Franklin and Borough of Sugarcreek in Venango County. After first serving as an assistant with his mentor and friend, the late Ray Woodard, Brian was named the City Solicitor in Franklin in 2000. He became the Borough Solicitor in Sugarcreek in 2004. Working tirelessly for the citizens of both municipalities, Brian has forged a bond with local communities.

That commitment carried over to his election to the Board of Directors at the Franklin Area School District in 2009. He is also a longtime board member at Community Ambulance. He also served on the boards of other community organizations and businesses, including the United Way of Venango County, UPMC Northwest Community Foundation, Venango Janitorial Services, and Galaxy Federal Credit Union. He is a former instructor with America in Banking (AIB) as well.

Originally from Rochester, NY, Brian graduated from St. John Fisher (NY) College in 1990 and the University of Dayton (OH) School of Law in 1993. He then moved to Franklin with his wife, Roxanne. They have three sons, Michael, Alexander and Geoffrey, all of whom have been active in academia, athletics and music at Franklin High School. Brian and Roxanne also remain active in the Boy Scouts of America, especially with Boy Scout Troop 34. Brian previously served as Cubmaster and Treasurer with Cub Scout Pack 34.

Brian and Roxanne are also active members of the First Presbyterian Church in Franklin. Over the years, Brian has served as a trustee and elder. He was Chairman of the Board of Trustees from 1997-2001. For over a decade, Brian has served as a church trust officer providing oversight and advice on the church’s endowment fund with another trust officer and a local investment firm. Roxanne was named the church treasurer in 2013.

Brian also maintains a passion and connection with motorsports. Growing up with the sport in Western and Central New York, where he worked as a reporter and producer with the nationally syndicated auto racing television show “This Week on DIRT” in the late 1980s, Brian’s love of motorsports followed him to The Keystone State. He worked as the track announcer and public relations director at Sharon Speedway in Hartford, OH, from 1994-97, and Tri-City Speedway in Franklin, PA, from 1998-2010. He was inducted into the Tri-City Speedway Hall of Fame in 2010. He is also on the board of the Northeast Dirt Modified Hall of Fame in Weedsport, NY. From 1998-2009, Brian was the motorsports writer for the local newspapers, The Derrick and The News Herald. After traveling with the FASTRAK Northeast Late Model Touring Series in 2012, Brian now travels as the series announcer with the RUSH Dirt Late Model Touring Series and RUSH Dirt Sportsman Modified Series, which visits dirt tracks throughout Western Pennsylvania and Eastern Ohio, as well as other tracks located in New York, Virginia, Maryland, and Southern Ontario. 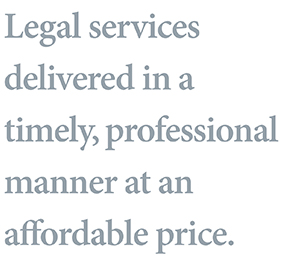